Lionel Messi will play in his fifth FIFA World Cup campaign this week when Argentina plays Saudi Arabia in the Lusail Stadium’s opening match on Tuesday. Saudi Arabia dominated their group and finished ahead of Japan in the qualification table to qualify for the 2022 World Cup.

The Middle Eastern team will need to perform at their best in this match after suffering a narrow 1-0 defeat last week against Croatia. Argentina, on the other hand, is one of the favorites to win the tournament and has performed admirably under Lionel Scaloni.

In their previous match, the Albiceleste defeated the UAE by a score of 5-0, and they will attempt to match that result in their World Cup debut.

At the moment, Argentina is undefeated in 36 matches and is well-positioned to continue its excellent run at the 2022 FIFA World Cup. Lionel Messi will need to put his best foot forward this year because he is the team’s beating heart.

In this matchup, Saudi Arabia will have to work hard despite their potential for occasional upsets. On paper, Argentina is the better team, and they won’t accept anything less than a comprehensive victory

Argentina’s record against Saudi Arabia is predictably impressive they have won two of their four matches, while the other two ended in draws. This is the first FIFA World Cup meeting between Saudi Arabia and Argentina. Argentina has qualified for their 18th World Cup, the third-longest active run after Brazil and Germany, with their 13th World Cup in 2022. 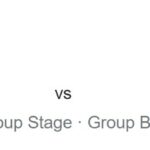 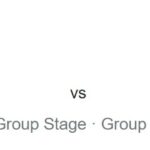